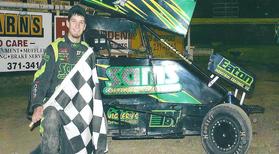 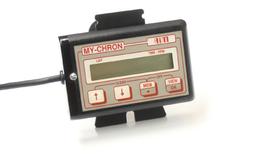 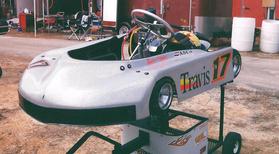 ​We started in Tucson, Arizona in 1998.  I took a peak in an eKarting News magazine and saw an ad for a MyChron. I found one in Phoenix at a kart dealer who sold road race karts.

I had a faulty wheel speed sensor and called up the distributor in California. 'MyChron' Mike answered the phone and put the needed part on an airplane headed to Tucson. Not a FedEx plane either--a real plane. I went to the Tucson Airport and a girl walked off the plane with my part in hand. Wow, what service!  We have been friends ever since.

In 2003, I was transferred home to Tulsa, Oklahoma. Karting was nothing like we had on the East coast, but we landed right square in the middle of Micro Sprint country.  We bought our first used Sawyer and off we went. I knew absolutely nothing about these things. I was lost and no one had heard of a MyChron before. I called 'MyChron' Mike and he immediately sent me out a a new MyChron3 automotive system.  Thankfully, I was able to get some serious help getting started from John Pickle and John Flud--they truly came to the rescue. The MyChron3 helped us get our gearing just right. A short time later, AiM came out with an O2/Lambda sensor that took the guess-work out of the carburetor.

Well, a lot of teams started winning with MyChron systems. Then, the Tulsa Shootout rolled around and people started looking for MyChron Tom. The rest is history, as they say.  I suspect that at least 95% of the MyChron systems you see on a Micro are one of mine. I then asked 'MyChron' Mike if I could use the 'MyChron Tom' name and I was off and to the races (literally and figuratively).

There were a few Digatron systems out there, but we had the only MyChron. Boy, did I get some funny looks and a snicker or two, when I pulled out a computer around these good 'ole boys. That soon changed when we won the track championship the first year. Unfortunately, we were then transferred to Washington D.C. for work. WKA Karting was gigantic, and so was the competition there.  We picked up a new kart and a new MyChron 3. Travis won a dirt and pavement championship before we left in 2003.  The MyChron systems had taken over the market thanks to 'MyChron' Mike and 'MyChron' Chad, who had appeared on the scene a short time later.  It had grown so big that Mike opened the Virginia office for AiM Sports--the U.S. Importer for all things MyChron.

We started winning, and the Micro Sprint world took notice.  Mike encouraged me to become a dealer, because no one was in the market yet.  A few people had put karting systems in their Micros without success.  Momo picked one up...then Scott Sawyer bought a couple.  We were racing against these other new-bies...Danny and Andrew Felker.  A kid named Frank Flud already had a track championship, and Travis had to outrun him for his first trip to victory lane! 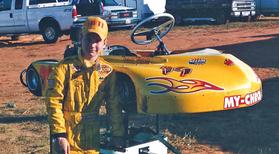 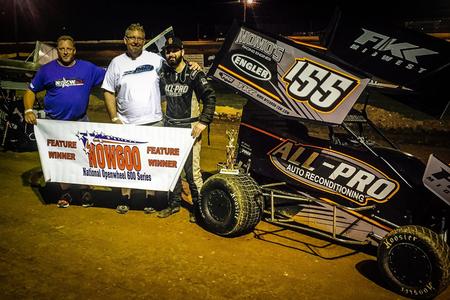